LEARNING WHAT MATTERS
We believe learning should be fun, spark creativity, and make us better citizens that are more responsible for ourselves, our fellow human beings, our society, and our planet. Social, emotional and ecological issues are closely connected and need to be approached in a more holistic manner.

BUSINESS FOR GOOD
We are working towards a future where businesses turn into forces-for-good to help solve major socio-environmental issues such as inequality, illiteracy, and ecological destruction. We aim to influence business leaders to make the changes and bring about these much-needed improvements.

A HEALTHY TOMORROW
Our actions today define our tomorrow. The health of people and the environment is intricately linked. The future should be about better quality products, conscious consumption, and the responsible disposal of waste, so that both the planet and its people can be healthy.

June 5 is celebrated as World Environment Day. Like every year there are going to be plenty of cleaning drives, speeches, write-ups, banners, news items, etc. to mark the day to support the renewed call to protect nature and environment. Are all these activities helping the cause?

Scientists have conducted extensive tests, experiments and simulations to understand our planet’s history from the time it was born. Though we have understood only a minuscule of the earth’s past, scientists have enough information to prove that our planet is heading into a mass extinction event for the sixth time in its history. Though not all previous events have been fully understood, we know now that the last one was caused by the dinosaurs. The voracious omnivores among them ate so much of the vegetation and released so much methane gas into the atmosphere that it contributed significantly to greenhouse effects and rise in temperature. Whenever nature undergoes acute imbalance in its environment, it resets itself to return to its equilibrium. 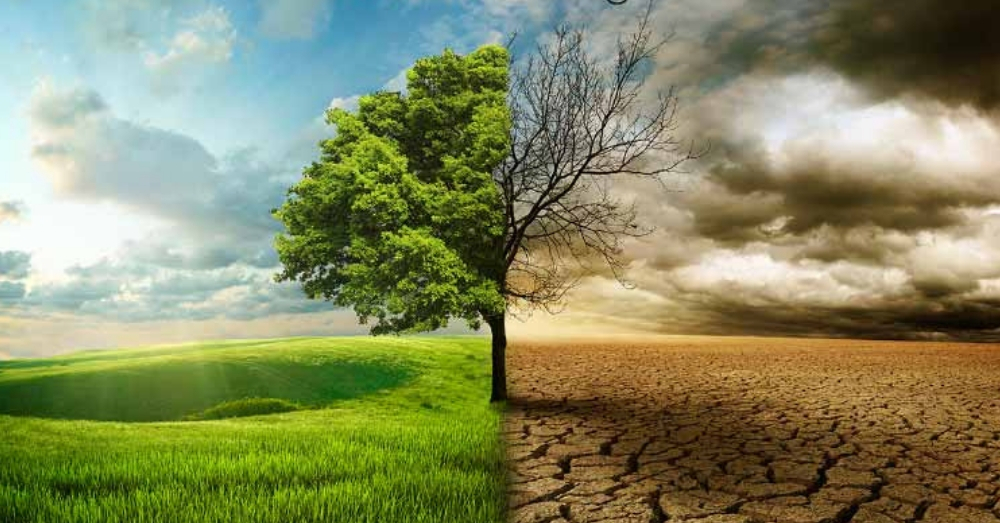 So, there are two lessons to learn from extinction events:

So what can we do now to protect nature and make the environment better?

I would say not much. We have crossed the line of no return a long time back. For example, we discovered plastic and it has been amazingly useful in a variety of ways. We were so wonderstruck with all its benefits that we did not bother to investigate its drawbacks before it was commercialized. Nature can only break down and destroy what is created from itself. We ourselves have been created from the five elements of nature— which is why our dead bodies are returned to nature through fire (funeral pyre) or earth (burial). But nature cannot act on what we create by artificial means.

This goes a long way back into our history. The checks and balances in nature ensures that no animal’s population grows and becomes unmanageable. Many amazing ways can be observed and some may be cruel for our understanding, but population control in nature is not a random act. Nature ensures that the ones with defective genes get killed and only the healthiest ones survive, which is why there are no genetic diseases in nature. 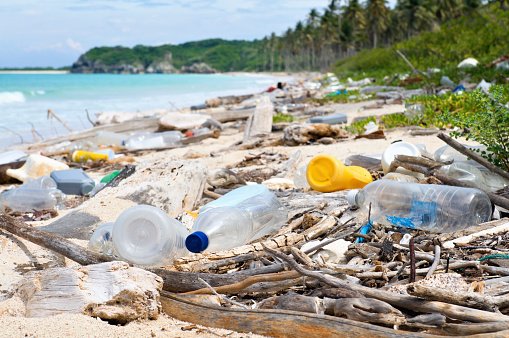 Plastic pollution on a beach. Image via Getty

When we learnt to grow and manage livestock, we refused to let nature manage their population by protecting them from being killed by wild animals. The result is, livestock population exploded along with our own burgeoning population; we have been destroying more and more of nature to accommodate our own creation and the massive livestock population is a major reason now for greenhouse effects and global warming. Now we are at a tipping point where we do not have the means to break down and decompose the massive quantities of plastic waste we have produced and at the same time we have not found something that could replace plastic at such a huge scale. Even if we were to find something that could replace plastic, it could take years for adoption globally and by that time plastic would have destroyed most of nature.

Let’s not be in any doubt that nature will restore its balance at an appropriate time. Last time it happened, the dinosaurs that were the main culprits for the imbalance were the ones that were wiped out. So this time it is clearly going to be our turn. What can we do to prevent this? Not much.

But we can delay the inevitable by going back to live in sync with nature. I have heard about how coconut husk can be compressed and flattened under certain conditions to create plastic like sheets and they can be used to substitute plastic. I saw a group of students at a science exhibition displaying degradable flower pots made of wetland weeds that are freely available. If we were to consciously create everything we use as biodegradable, it would considerably lessen our impact on nature. If Tesla could find out that electricity can be harnessed for free on our planet, then I believe we can also make mobile phones, computers, TVs and refrigerators that are biodegradable. This I believe should be the next level of innovation we are seeking. There was a time when everything we used was created from nature and could be returned to nature. That is the life we have to go back to.

Look no further than the pyramids and all the ancient buildings that are thousands of years old. They are all built of stones and nothing else. They are the only remnants of all those ancient civilizations and they keep the best secret. Only what is created from nature can survive in nature.

What can you do to save the environment?

For every item offered or chosen, consider an alternative that is not made of plastic. Do this by:

Refuse: Single-use plastics end up in our oceans so ask for alternatives that can be used again.
Reduce: Is it possible to reduce your plastic footprint by eliminating the amount of plastic products used? Eg: Use foil instead of plastic wrap for food, or store in reusable boxes instead of plastic wrap.
Re-use: If you can’t use an alternative to plastic, make sure you re-use it where possible and dispose of responsibly.
Recycle: If you must purchase plastic, where possible, opt for those that are recyclable to reduce additional material ending up a in landfill. Remember, recycling is NOT the solution. It is the LAST option.

Remember every small step count! You can start by taking actions now!

Want to reduce plastic consumption in your organisation? Write to us at info@greeninitiatives.cn to learn about participating in the Plastics are Forever Project.

Ranjeet Menon
Business Consultant, Startup Mentor, Writer
“5 years of wildlife observation & photography has given me enough insights to write a book on how understanding nature can make us good leaders and better individuals. Engaging with companies for building strategies to improve & transform their business is my professional aspiration & passion. Working for nature conservation & giving enough time for my family are my personal goals.”